Prof Richard Fletcher’s messages on the role of fathers suggests we need to be open and questioning towards our practices in early childhood. 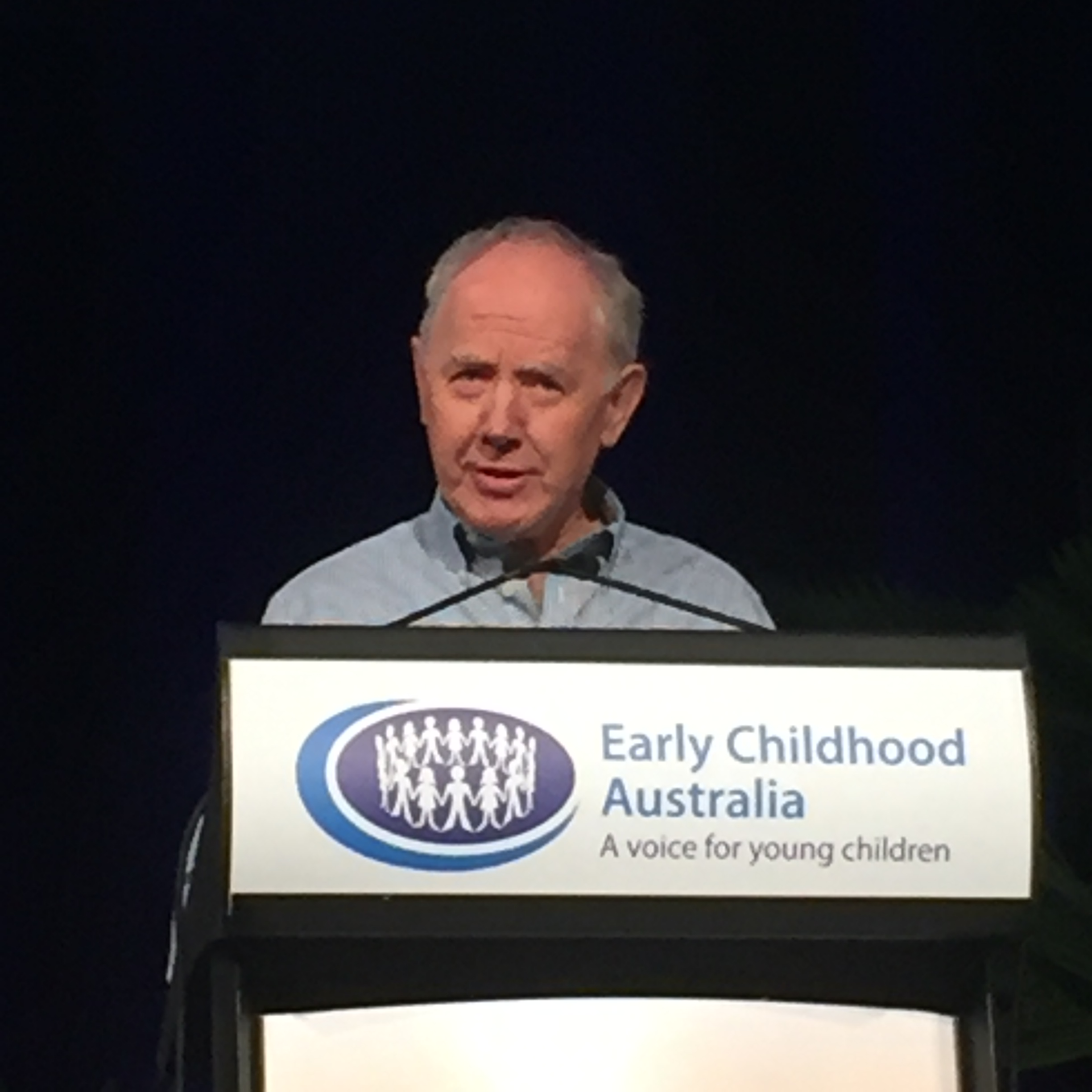 Although I felt I knew a lot of the information provided it was really good to reflect and remind myself of how important it is to ‘start early’—Start Early survey respondent, August 2016.

The Start Early. Respectful relationship for life modules have proved popular with educators and carers judging from registrations to the free program (more than 4,400 registered learners) and from responses to a recent Start Early survey. The great majority (87%) of the 315 respondents to the Start Early survey (held 17 August to 9 September 2016) found the modules overall ‘very relevant’ or ‘extremely relevant’ to their work educating and caring for young children. Another 12% found the free online professional packages to be overall, moderately relevant to their work.

Some of the feedback included:

Great modules, easy to follow and do at your own pace. I enjoy completing modules and reading information that I can share with the team. It’s great that it’s a free service as well.

This is an excellent resource and I particularly enjoyed the opportunity to reflect on our practice. I will share it with my team.

I thought the resources provided were great for understanding and developing knowledge.

We have uploaded new resources to the Start Early pages including videos on empathy skills—one for adults and another for children, from the Sesame Street Workshop team with Mark Ruffalo. In the next few weeks ECA’s Learning Hub  will also carry a video of Professor Richard Fletcher, a contributor to Start Early and researcher at the Fathers and Families Research Program Family Action Centre at The University of Newcastle.

ECA was privileged to have Professor Richard Fletcher as keynote speaker at our 2016 National conference in Darwin during October. His keynote—Engaging fathers in the early childhood space: Why and how?—proved popular and thought-provoking among the more than 1100 who attended his presentation.

Richard Fletcher shared insights into the profile of today’s fathers and their aspirations. His research into the changing nature of fathering shed light on existing and potential practices that can support men wanting more involvement in their young child’s learning and development.

His keynote covered so much fascinating data, research findings and insights including the:

These resources are partly in response to feedback from ECA’s Start Early survey. Many survey respondents asked for more information and resources especially on the role of fathers.

Some more depth of information in each section, particularly more reference to research around the influence of fathers would be interesting and worthwhile. Maybe some references to reading to follow up for those of us who would like to explore these issues more deeply. Thank you!

While less than .01% of respondents to the Start Early survey questioned the value of the father inclusive module they reflected comments that recur from time to time about fathers’ roles and the research into fathers.

Professor Fletcher’s module, workshops and resources (and the soon to be available webcast) all draw on his own research or his synthesis of local and international research. For this reason in the Start Early modules, while it was tempting to use generic, ‘anti-bias’ terminology, where the evidence cites research into fathers (rather than research into male role models and family members, same sex couples or mothers) we stuck with the language of fathers and dads in the module.

One survey respondent suggested the Father Inclusive Practice module made ‘assumptions’ or was ‘patronising’ about fathers and their capacity. They thought it implied a range of stereotypes e.g. ‘Dad’s don’t care about their child’s education unless you make them care!’ or ‘dads can’t understand when their own child is upset and they need help of the (probably female) educator to regulate themselves.’

However, a powerful and lasting insight from Richard Fletcher’s keynote was that some fathers believe they do have gaps in their knowledge; that some fathers lack confidence about how best to respond to their young child’s needs. This, according to Professor Fletcher, has important implications for the role of educators and carers.

‘Our experience over the last five years is that many dads do not know how to play effectively and [they] repeat unsuccessful play strategies that the children don’t like that much and which do not give the dads the close bond that they desire,’ he says.

Fathers, he believes, are open to new information and support but do not always receive it. The educator-family partnership can be the crucial link. Educators have a unique whole-of-child context and can draw on specialist early childhood training and knowledge to support fathers in this.

‘It is also our experience that dads appreciate the knowledge and expertise of early childhood educators,’ Professor Fletcher says.

Professor Fletcher’s keynote gave a research overview showing that this generation of new fathers (average year of father’s birth was 1989 for Indigenous fathers and 1987 for non-Indigenous) ‘want the connection’ with their children that they did not have with their own fathers.

However—and this is where educator knowledge and skills can play a crucial role—the men in the study responded that they:

The Father Inclusive Practice module in Start Early is a first step—and for some educators a basic step—in the conversation about the links between long-term relationship skills, violence prevention and the unique impact of fathers on children’s early lives.

Other survey respondents saw the modules as a chance to top up knowledge or a resource for rethinking their practices, their parent and family engagement strategies. For some it is a first exposure to some of the effective strategies Richard Fletcher’s module describes. Comments included:

Not everyone is at the same point in their practice and some survey responses acknowledged this. One respondent said dress ups and father attitudes

is an old topic that has been hashed and rehashed many, many times. I didn’t find the inclusion of this helpful.

This was very relevant as we recently had an incident where a parent banned dress ups for their son.

I was disappointed that the Gender… module didn’t include anything about trans or gender binary children. Resources are desperately needed for educators on these topics.

Others found the resource challenged their own or their team’s practices and attitudes:

I think it is a valuable tool for staff to reflect on what their own biases may be and where they might stem from in order to challenge their own thinking and practices.

it challenged my way of thinking and working.

This is the ongoing and challenging message for the early childhood sector from Richard Fletcher’s work. The research suggests we need to be open and questioning towards our own practices. Some of the tried and tested strategies are not enough. Some of the things we think of as stereotyped are actually based on the research with real people and families. Simply generalising language, changing it from gendered to neutral can appear more inclusive but is it sufficient to achieve inclusiveness? Language, websites, images and decorations, the use of targeted or untargeted strategies and events—as well as their timing—all convey something about an early childhood setting and its practices well before any person, child, woman or man has walked across the threshold.

Clare McHugh is a Project Manager in ECA’s Learning Hub. She is responsible for the Digital Business Kit, exploring possibilities for technology in the early childhood sector, and for Start Early, an initiative to develop long term strategies that prevent domestic and family violence. Clare has been thinking and writing about children, family and social policy for many years, including previously for the Commonwealth Child Care Advisory Council and the Australian government. Her background is in psychology and professional writing. She has worked in adult development and group facilitation, employer sponsored child care, family relationships and in the publishing industry. Outside of ECA Clare continues several writing and publishing projects through her freelance business.